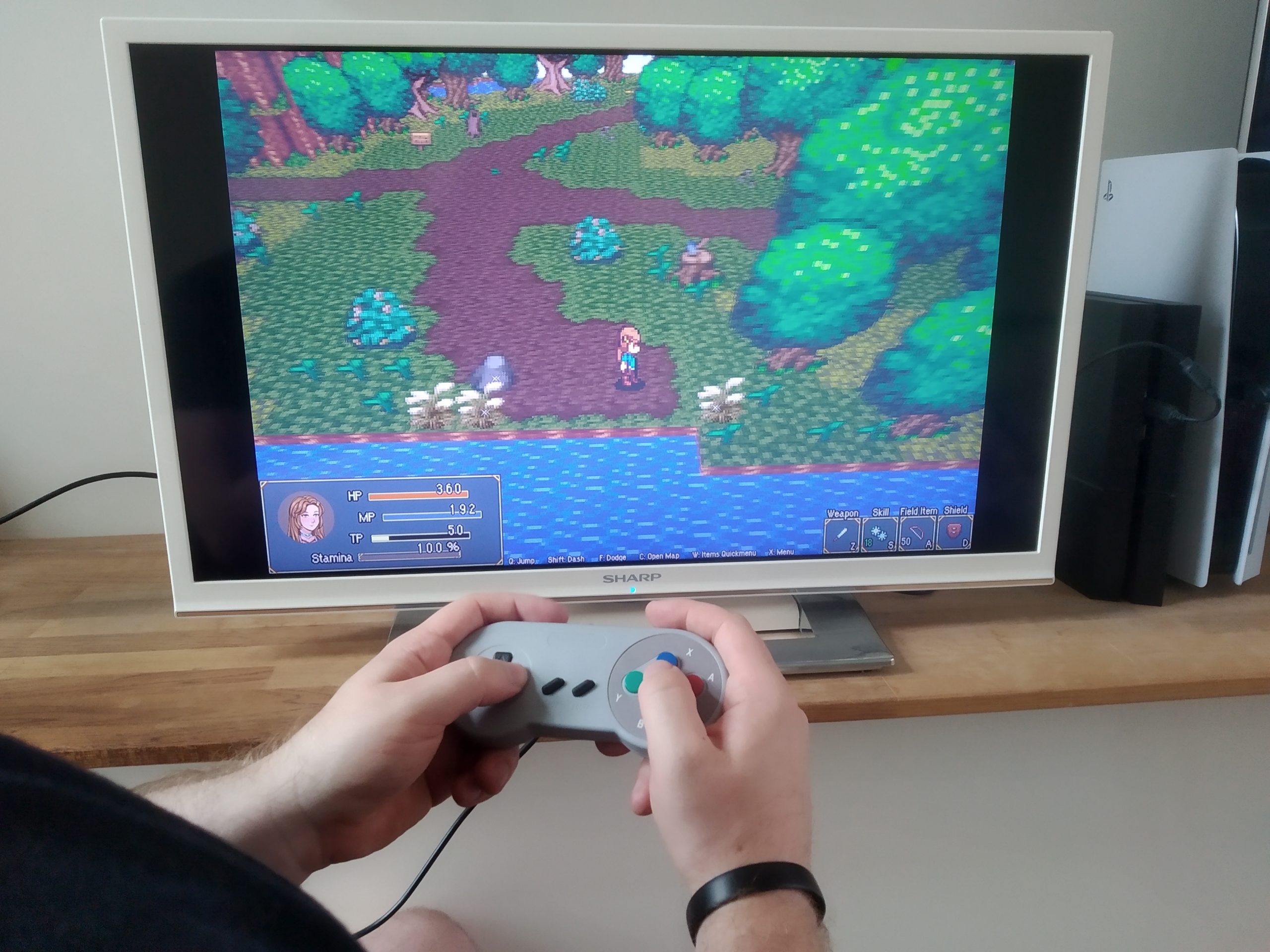 Hey guys & girls, it has been silent for a little while from my side but that doesn’t mean i’m not working hard on the game 😉

I’m currently on a trip in Berlin with my girlfriend. The city is a great place to find new inspiration and exciting stories. Taking a little break from wandering the city, i thought it’s the perfect moment for a little write-up: after releasing the alpha demo i got positive reactions and great feedback, which I’m very excited about! The reactions were motivating and the constructive feedback very valuable!

I’m implementing these improvements, fixes and balance changes now. I also added a bunch of new things to this demo! (Find the full list below!) But most importantly, I think i’ve almost fully fixed the main issue with the Alpha demo: the lag spikes. The person who helps me coding gave some great feedback (Thanks Minai!) and I also found multiple ways to increase FPS and decrease lag spikes a lot! It should be a very noticeable improvement on almost every computer!

Also, I’ve been testing the demo on tv as you can see (on the picture) and compatibility with Steam Deck: the games runs very smooth. There’s only a small issue with one menu. So I can confidently say the game will work for Steam Deck!

I’ve been silent for a bit because of day-to-day stuff in my life. First the company I work for during daytime moved places, then I injured my foot which obliged me to take some rest, but just then my girlfriend and I had the chance to buy the perfect home for us.

It’s a very exciting time, but in Belgium it takes a lot of time and paperwork to make everything official. Being barely able to walk didn’t help either to visit banks, real estate agents and notaries ^^’

Aaaanyway, most of that stuff has been taken care of and my foot is pretty much healed so i can make time again to not only work on Eniko but also post updates and share new stuff on social media!

PS, here’s a list of improvements I have included for Alpha Demo V1.2 so far, as you can see it’s pretty extensive:

You can now skip the intro credits

Splitted the biggest maps in half, increasing performance significantly

Removed the autosave feature as it caused too much lag

The skill you have equipped is now directly tied to the weapon you use, each weapon has one skill

Extended the total amount of Armors to 24

Armors, Helmets and Shields can now also be upgraded (up to level 4)

All craftable items added to the database

All recipes for craftable items added to the database

Shops and merchants now have correct inventories, some have limited amount of items

You can now buy recipes from the Alchemist shop

All Procurement upgrades added to the database